Meanwhile, larger, more established players continue to hold their rewards and are presumably adding to their BTC stash each week.

As per Glassnode’s Miner Outflow Multiple (MOM) for Bitcoin, outflows for the currency from miner pools are reaching a new one-ear-low, considering the metric’s 365-day moving average.

The trend suggests miners, especially those not suited for the latest, more complex era for Bitcoin mining, may have finished selling the last of their collected rewards while established players like AntPool and Bitmain continue holding.

MOM, as Glassnode defines, is a ratio calculated by the number of all Bitcoins leaving mining pools against the yearly moving average for those outflows. The figure is pegged at 0.33 as of June 6, dropping almost 70 percent from a 1.02 value a day earlier on June 5.

The value hit a high for 2020 on  March 10 with a 1.8 reading. Interestingly, the high preceded “Black Thursday,” a now-colloquially known term for Bitcoin’s drastic price drop from over $8000 to under $4000 in two trading sessions. 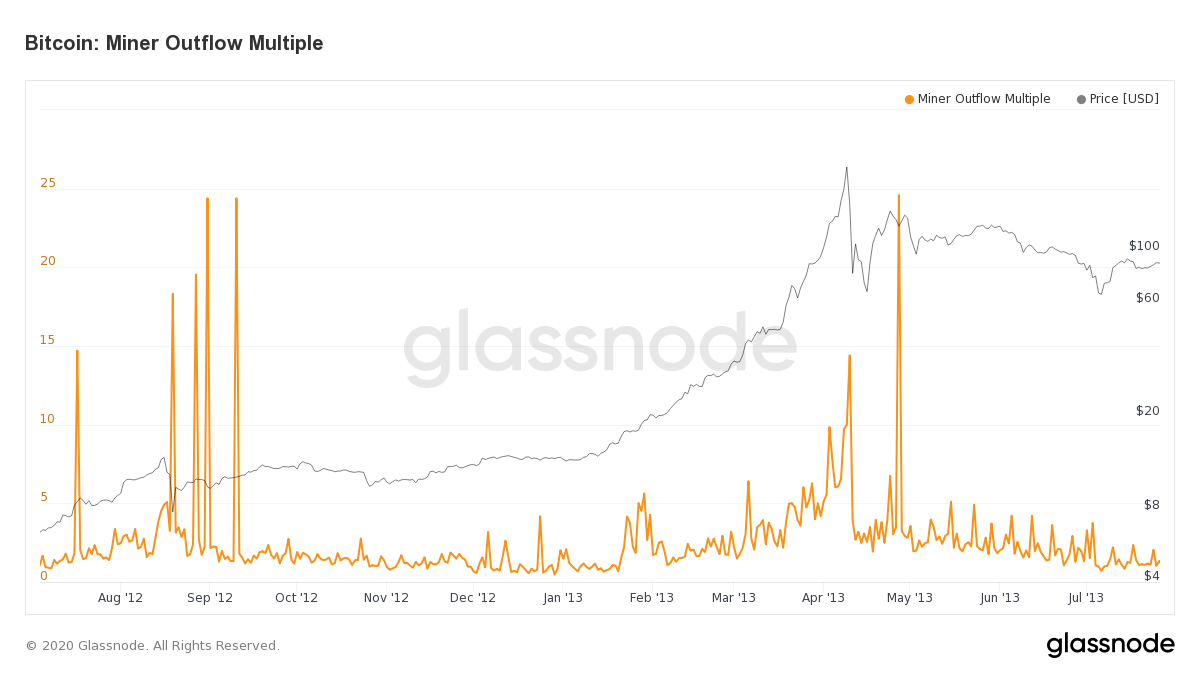 Despite the metric suggesting fall in prices, Tuur Demeester, the founder of Bitcoin-focused investment firm Adamant Capital, believes the behavior is a “bullish” sign:

Activity may not be bullish

A glance at Glassnode’s data shows miner activity steadily decreasing since the end of May. The metrics further suggests a period after halving when BTC sales almost totaled miner incomes.

However, not all are on board with a bullish sentiment. Mining firm F2Pool quoted Charlie Morris from Bytetree, another crypto-data analytics firm in a tweet. The latter indicates miners may not offload inventory in market conditions they determine as unsatisfactory.