The Chicago Mercantile Exchange (CME) has replaced as the world’s biggest bitcoin futures platform, thanks to the strong investor appetite for the recently launched ProShares Bitcoin Strategy ETF.

As of writing, the CME accounts for 22% or $5.68 billion of the total global futures open interest of $25.7 billion, while is contributing $5.66 billion to the worldwide tally.

The amount of money locked in the CME-based futures contracts has tripled this month, with more than $1.5 billion flowing into the market after ProShares’ bitcoin ETF went live on Tuesday.

Launched under the ticket BITO on the New York Stock Exchange, the ETF has amassed $1.2 billion worth of assets in the first three days and could soon hit the CME’s position limits.

The CME allows a single entity to own a maximum of 2,000 contracts in the front-month futures while capping the overall positions across different maturities at 5,000 contracts.

“Exchanges enforce positions limits to keep a single entity from establishing unilateral control over the market and prices,” Pankaj Balani, CEO of Delta Exchange, said, adding that limit sizes vary from market to market and are flexible. 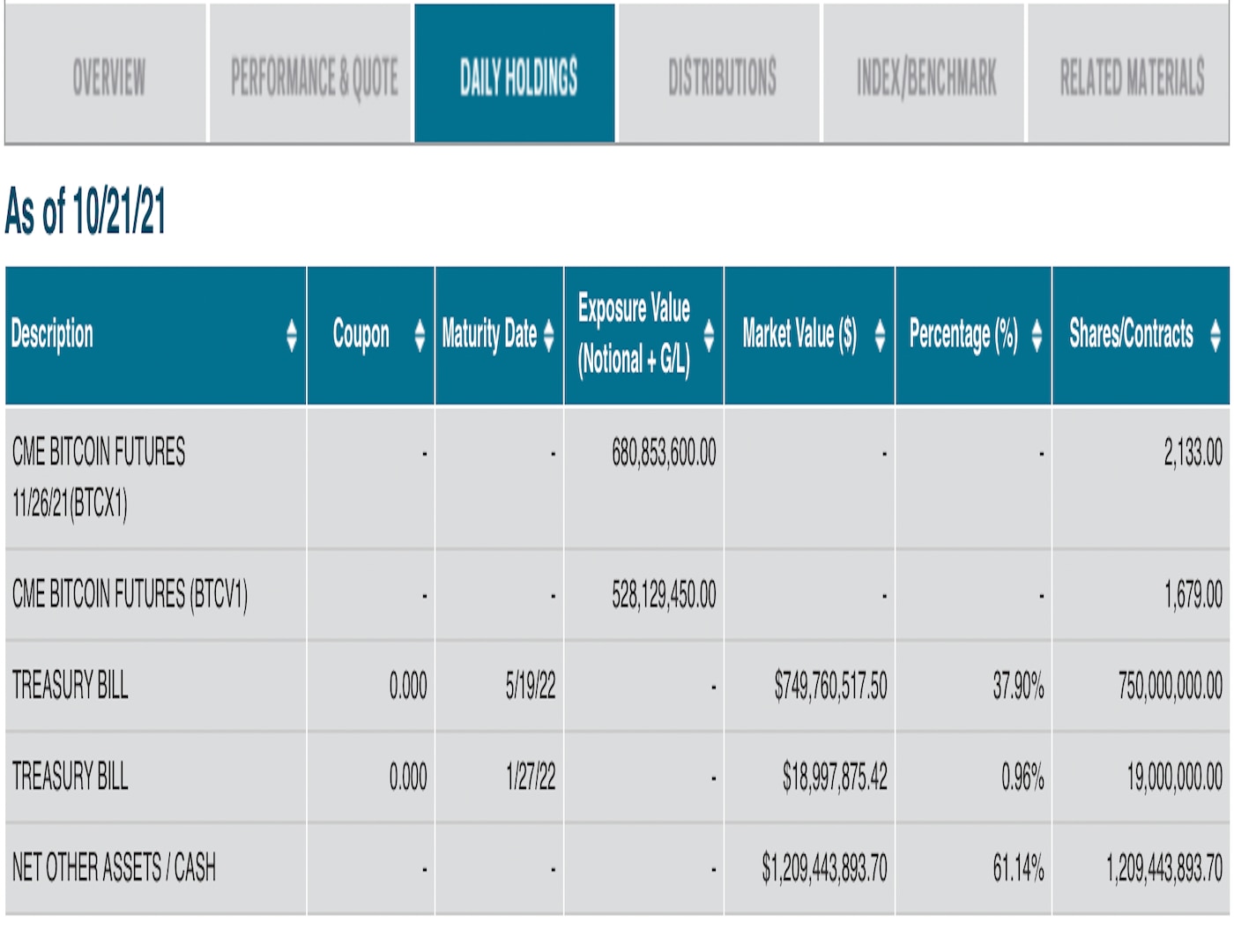 ProShares’ fund also appears to be close to hitting the limit in the October expiry and may continue to snap up longer duration futures.

That would expose the fund to a significant tracking error – the difference between bitcoin’s performance and actual returns from the fund. That’s because longer-duration futures contracts trade at a considerable premium to the spot price. As such, the fund could up selling low and buying high while rolling over positions on expiry, leading to contango bleed, as CoinDesk reported earlier this month.

The situation is expected to ease as more ETFs go live, and the CME raises caps on maximum positions a single entity can hold.

“Position limits are less of a concern as more ETFs enter the space, because there will be large holders of these contracts, and it will be harder for one entity to control the market,” Leah Wald, Valkyrie, CEO of Valkyrie Investments, said during an interview with CNBC on Thursday.

Wald added that Valkyrie’s futures-based ETF would begin trading on Friday. VanEck’s fund is also expected to go live in the next few days.

Each standard bitcoin futures and options contract on the CME represents 5 BTC, while the size of the micro futures contract is 0.1 BTC.