A Bitcoin Core developer revealed how he found two bugs that could have caused ‘sudden death’ for Bitcoin and Bitcoin Cash.

Cory Fields, from MIT’s Digital Currency Initiative, raised concerns that similarly nasty bugs in future have the potential to result in the end of Bitcoin.

The developer outlined his concerns in a speech, the transcript of which was just posted on the open source hardware site diyhpluswiki.

While he added a disclaimer that he thinks BTC is state of the art and very secure, he also said he wanted “to talk about how bad the state of development is for insanely secure software.”

The speech was titled ‘Everything is Broken’ which Fields says is his own mantra and a “sentiment that most Bitcoin developers feel to some extent.”

Fields wrote the most likely scenario that could cause the death of Bitcoin was not encryption being broken, 51% attacks or government intervention.

Rather: “The most likely sudden death scenario for a cryptocurrency like Bitcoin is an accidental bug that gets introduced internal to the system.”

Discovery of the killer bugs

He then revealed that two such bugs were uncovered last year. 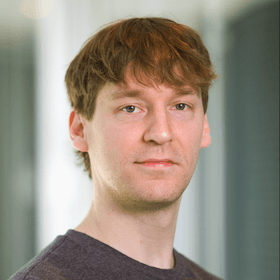 “There was a Bitcoin Cash bug that I found and disclosed and it kicked off a discussion about responsible disclosure in these systems and how to do it generally.

“I was a little smug for a few months until we were affected by a similar bug in Bitcoin Core which potentially would allow for money printing out of thin air.

“It’s really important to step back and ask number one how do these things happen but how do we prevent them in the future?”

“Recall that the internet 10-15 years ago was a buggy crashy place… what’s interesting about rust is that the Mozilla Foundation and the people involved had the idea to say, well we’re working on this stuff and fixing it now, but let’s look way out and see how can we avoid these issues completely.”

He called on devs to develop a 10 year solution to Bitcoin core’s problems and said he supported moves to  “getting Rust code into Bitcoin core”.

The transcript of the speech received a mixed response when it was posted on Reddit yesterday.

OrangeCeylon welcomed Field’s post for injecting some much need reality into the discussion around Bitcoin.

“The crypto people who trot out nonsense slogans like “backed by math” or “code is law”… I’ve been in this industry a quarter century. I know what kind of nonsense they’re talking.

“That’s my ultimate criticism of Bitcoin and all its ilk: all the people pushing it are like the 21 year old intern who stares blankly at the computer screen, saying “but that can’t happen.”

Redditor Eigenman said Fields sounded like just another Rust devotee who thought it could work miracles.

“I get the Rust evangelists at my door every once in a while … The creators of the language don’t even claim the things the evangelists do. It’s become a fairy tale,” he said.

“Still, it’s funny. I always kind of assumed that the code behind Bitcoin was perfect … It never actually occurred to me that coding errors would ever be its biggest problem.”