/category/bitcoin-btc-news/”>Bitcoin registered a drop from $10,500 to $10,350 a few hours ago, a drop that also pulled down /category/ethereum-eth-news/”>Ethereum‘s price from $388 to $358. In fact, Ethereum might be primed for another /get-ready-an-ethereum-sell-off-may-be-on-its-way/”>sell-off as on-chain metrics paint a bearish picture for the cryptocurrency.

That’s not all. At the time of writing, /?s=xrp”>XRP lacked momentum as it was attempting to move upwards, yet was stuck in a /xrp-long-term-price-analysis-12-september/”>descending channel on the longer time-frame. /?s=ontology”>Ontology had recovered from a bearish divergence and was trading above a level of support it recently lost. Finally, /?s=+”> Coin also lacked momentum over the last 24 hours, with its reaction to its level of support likely to decide the direction of its next move.

The 20 SMA (white) and the 50 SMA (yellow) were quite close to one another, underlining a lack of momentum for either side in the XRP market. Further, it was observed that the price was oscillating around the $0.24-mark for a few days now.

The Directional Movement Index also told the same story, with the ADX (yellow) well beneath 20, a level used by traders to separate significant trends from weak ones.

As XRP has been bearish on the longer time frame, it is likely that XRP will continue to slide over the next few days. The bearish case for XRP would be strengthened if it dropped beneath the support level near the 0.23-zone. 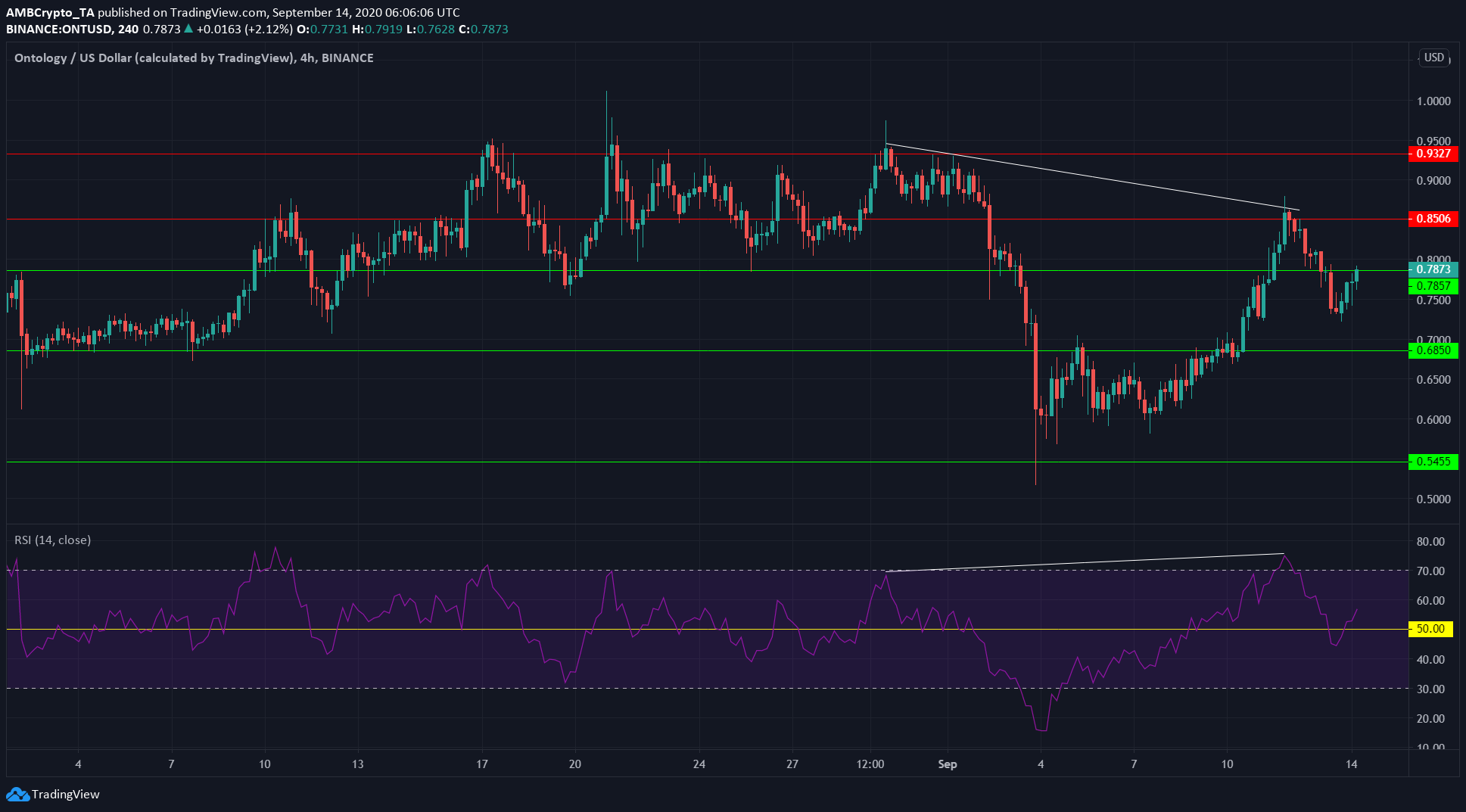 Ontology was exhibiting a bearish divergence on the charts as RSI the formed a higher high, while the price formed a lower high. The same was highlighted by the white trendlines on the charts too.

The RSI had in fact climbed to 56, making a /bitcoin-ontology-dogecoin-price-analysis-12-september/”>bullish case for ONT. The next level of resistance lay at $0.85. 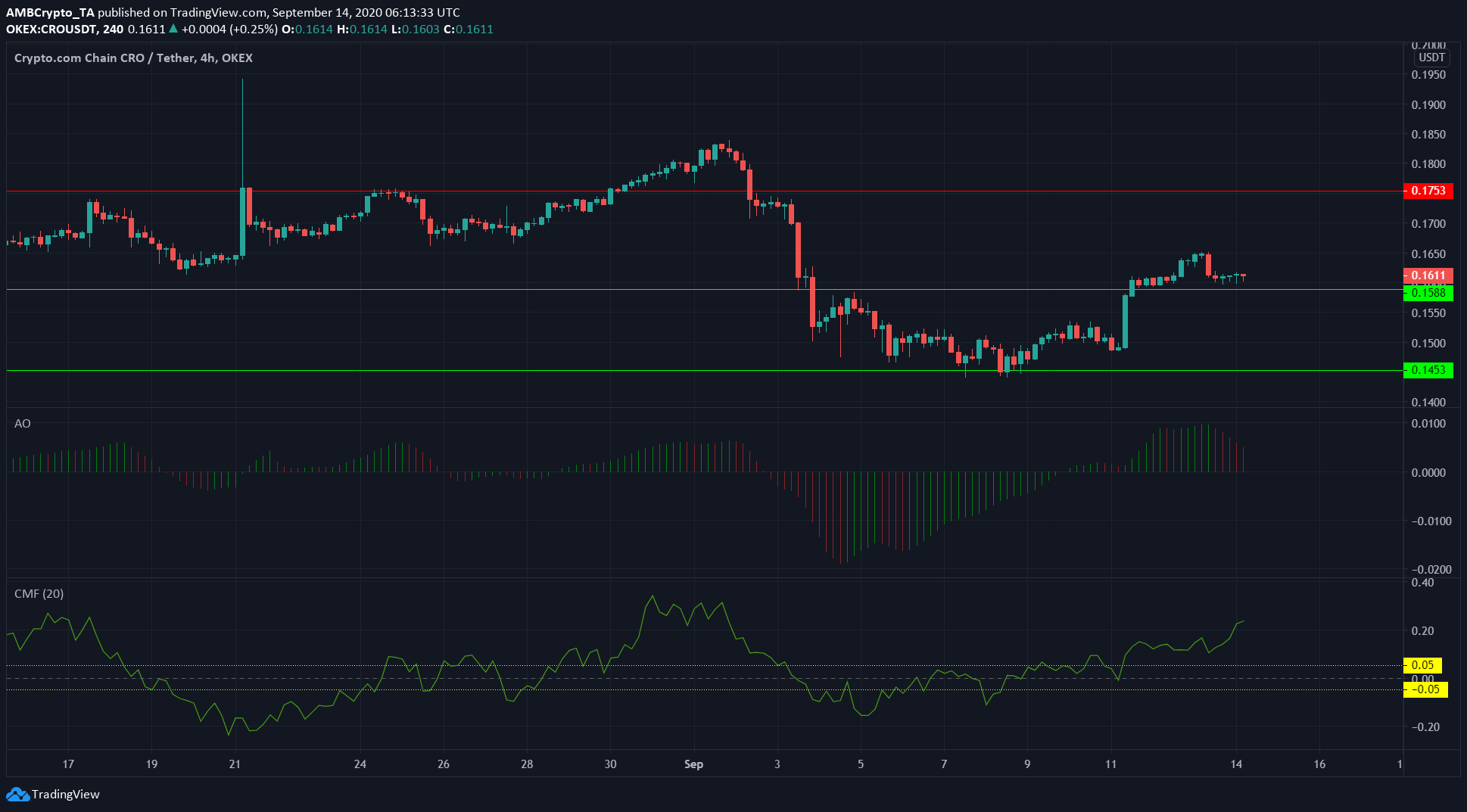 The candles formed over the past few trading sessions hardly had a body, with small wicks to the downside. This pointed to very weak momentum for the crypto-asset over the past 24-hours.

This is likely to continue as the Awesome Oscillator registered red bars on its histogram, a sign of waning bullish momentum.

The Chaikin Money Flow suggested that capital was flowing into the markets and bulls were still in control. If CRO defends its support at $0.159 following a possible retest, it could be geared /stellar-lumens-cosmos-crypto-com-coin-price-analysis-12-september/”>to move towards $0.169 and $0.175.

Mosaic Exchange, anyone know how legit this company is, so far it’s checking out … (Reddit Bitcoin)